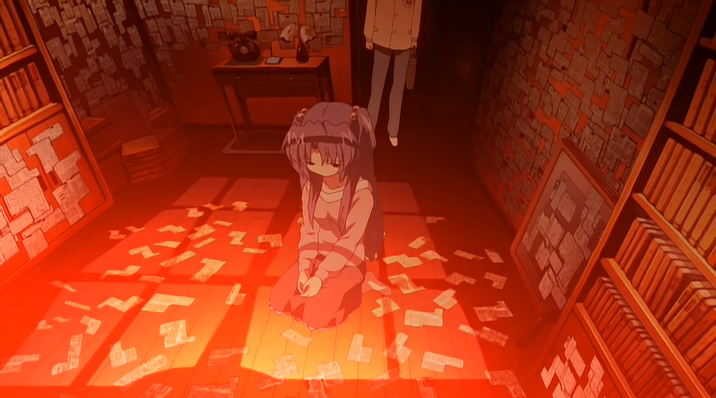 “Theory of Everything”, entitled in episode 14 in the first-term, is string theory which has been featured as an universal theory in physics. In fact there appear in the story a book on wave function and mention of the many-worlds interpretation commonly used for the works in this area, but I don’t mean to treat the issue here; not an exquisite craft shown by the issue, but what Kotomi’s father said strongly impressed me.

Do not be arrogant if you pursuit the truth.

Do not laugh at miracle science cannot prove.

Do not ignore beauty of the world.

In a series of Kotomi’s episodes beauty of the world is shown from two perspectives. For one thing it is narrated through the universal theory in the natural sciences for describing the world, on which Mr. and Mrs. Ichinose (Kotomi’s parents) investigated. Being indirectly mentioned, the theory as a truth is likely to be quite simple, proving mechanism of the world. For another the beauty lies behind a beautiful bond which enables people all over the world to carry Ichinose’s luggage to his daughter Kotomi. It means that “Theory of Everything” can be understood not as scientific theory but miracle their bond made possible. That is not a kind of invisible force, but visible truth our mind and body bring forth. 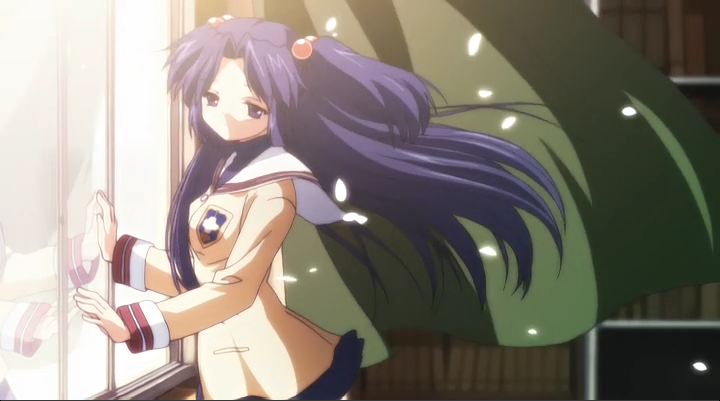 A really significant issue to consider is included in the episodes of Kotomi. There is no conflict between the natural sciences and the humanities. It is possible to convey the beauty of the world following either principle. It doesn’t matter which is correct and superior. And it is certainly true through the work that coherent is the idea that both of them are acceptable. Also what her father said seems to help Kotomi, who is absorbed in books alone, to open her mind and have a precious experience not needing scientifically proved. In CLANNAD, there is a coherent attitude to accept both rather than to judge which is correct or to deny one of them.

Her sorrow gets to be soothed due to her establishing a friendship which is the truth in the “field” she hasn’t known while pursuing the research of her parents wasn’t to be prescription to her. She doesn’t reject one of them. She accepts both, which enables her to choose one as her responsibility as the next step. We can see it as pathos with which one cannot take both as own responsibility. That is obvious in terms of the fact that Kotomi decides to part with her friends to study in America. 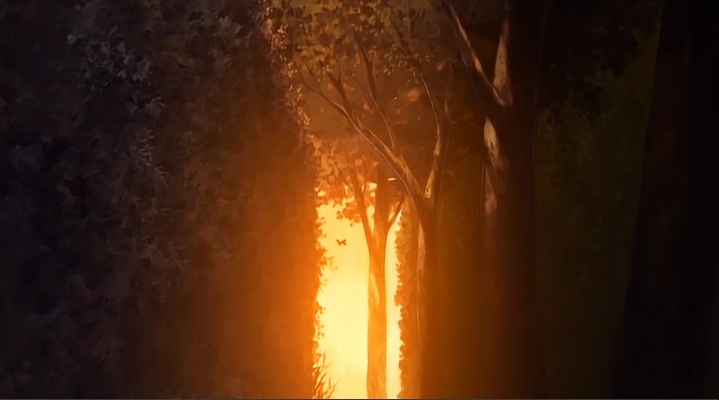 A great figure building a bridge between the natural sciences and the humanities is, for instance, David Bohm, or Jean-Luc Nancy. Their observation meets the requirements of the issues that each of the fields cannot resolve by itself. Though it is absolutely typical to confront an ethical matter in exploring the natural science, why is a relation between them still considered less seriously?

By the way, “an incidence in which one happens to meet someone he met before” is a device in the work as well. It is a clichéd device in narrative contents, however, through the famous passage, Kotomi recites, in “The Dandelion Girl” by Rober F. Young, “Day before yesterday I saw a rabbit, and yesterday a deer, and today, you.”, the expectation that Tomoya and Kotomi would follow the plot in Young’s story is implied. I feel a sense of carefulness and playfulness with respect to the attempt to embed a different key from a conventional story.

Greene, Brian. The Elegant Universe: Superstrings, Hidden Dimensions, and the Quest for the Ultimate Theory. (2001)