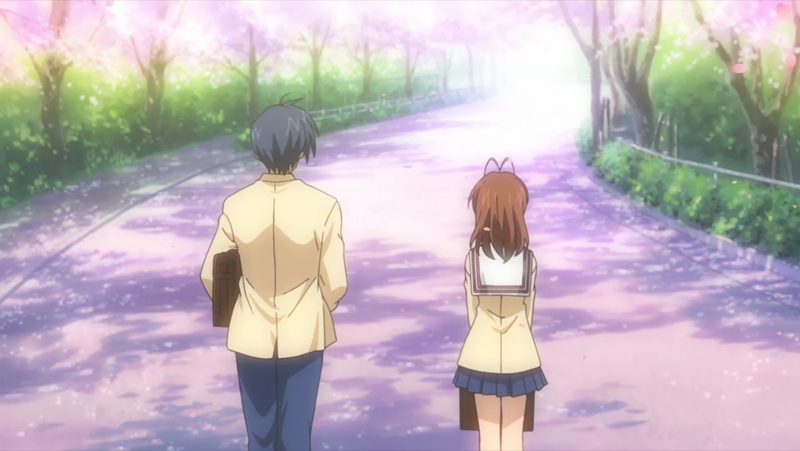 As we saw before, in this work it is important to consider time axes as the ones which enable us to read “a repetitive story” profoundly. There is lots of thought-provoking works triggering the desire to analyse, which is devoted to higher evaluation than before. Take the novels by Haruki Murakami, some pc games such as CROSS†CHANNEL and Wonderful Days (Subarashiki Hibi), and the films by Jean-Luc Godard; why these works have been highly estimated is that they have what urges us to write something on a blank page where nothing is narrated.

Undoubtedly CLANNAD also belongs to such, however, the time axes are much tricky when we consider this work. For instance, “an illusory world” cannot be fixed in the specific time, so that it could be a wild card in a sense to arrange the plots chronologically. And however consistently they are arranged, the miracle only accounts for why Tomoya could start over his life. It means that every reading works out to be one of the interpretations which explain the miracle as convincingly as possible. This time again I’ll leave it to others. 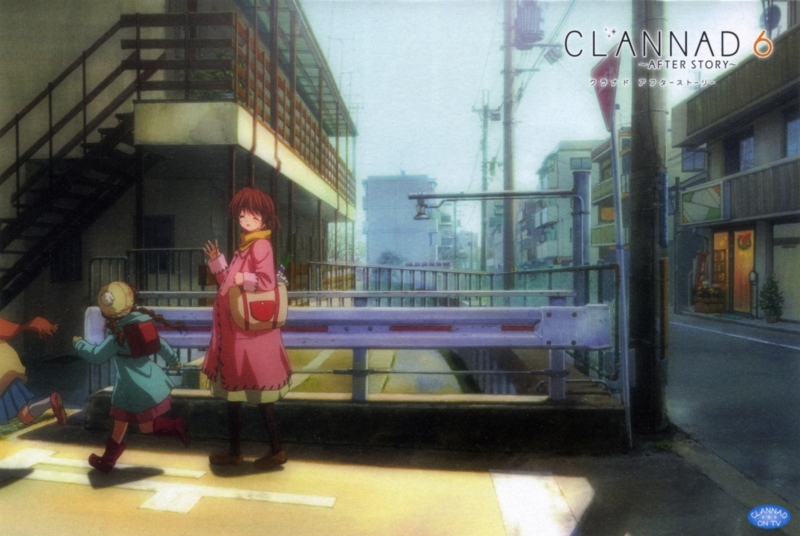 Without considering the time axes, the structure in CLANNAD might be regarded as based on the two different lives: a life in which Nagisa and Ushio are to be dead and the other life in which the three are to live together. The latter is said to be real. It is told that the wish of Tomoya and his town has realised the miracle. It might make sense to us since Tomoya trying to live on sincerely is really impressed.

On the other hand, if both lives are accepted, the story can be differently understood. It doesn’t matter what kind of interface the illusory world is and which of the two endings is more likely genuine. We finally reach the world where Tomoya, Nagisa and Ushio live on together, though never forgetting the other world, where the two was dead, leading Tomoya to cruel despair. He can have a daily life due to escaping possible sorrow. As mentioned above, CLANNAD is a simple story; he marries, has a child, and lives on with his family. What is significant is how to look at it. We read the story after experiencing the life in which a boy managing to grab bliss has at length lost it. The happy ending is, to Tomoya and us in the sorrowful world, a grain of hope.

Ichinose’s colleague mentioned “a sealed and hidden world while this world was taking shape”. Tomoya recalls his own painful crying, sealed in that world, as “the dream very long and sad”. It doesn’t mean the miracle has changed the world for him, but his crying in a possible tragic world has appealed to him. A lack of such possible sorrow gives to us a daily life, which is called miracle we should realize. That is, I sense, an earnest message the work has. 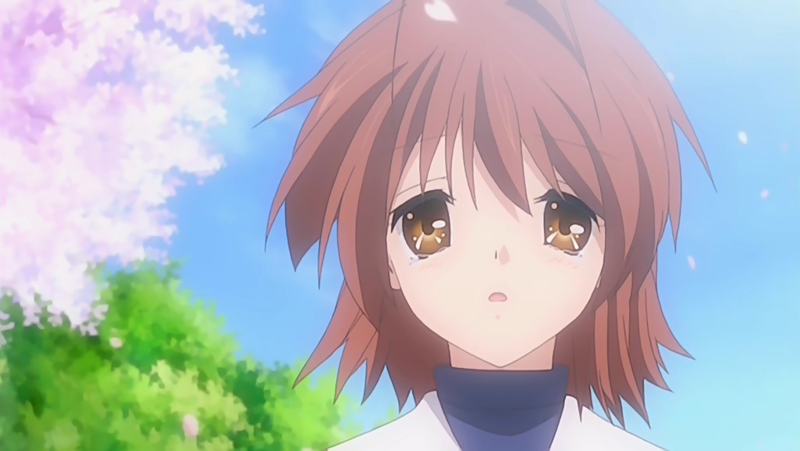 This is quite an effective technique with the grammar a gal game habitually uses. It is really common that experiencing one ending enhances the impression of another ending. In other words, after experiencing one of the possible endings, players proceed to the next story and compare it to previous one. In some cases they read a story by means of other several stories as a measure. CLANNAD adopts such a premise of multi-endings in order to shed light on mundane welfare through another possibility.

Of course it doesn’t mean that the final ending in CLANNAD is “genuine” away from the other. The life in which Tomoya has been involved in a tragic affair is likely to be genuine as well. We can sense vivid reality in Tomoya’s tragedy rather than in his happy ending. Ironic truth behind happiness seems to be more realistic as we do know how difficult it is to gain a daily life. To sorrowful Tomoya that life is miracle he might have been able to have. Thus miracle in the work works out to be redefined.

In this way each of two paralleled worlds is “a possible world” to the other. Tomoya’s wish in each world is embedded in each other as a trace without its subject. CLANNAD is the story where a daily life is recognised as miracle without which some have lost in grief. 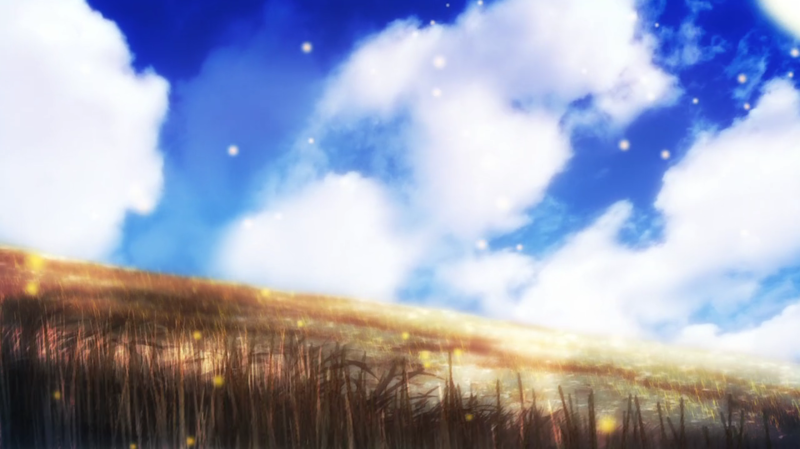 That a hidden grief (reality) behind bliss is specifically described is coherently characteristic of CLANNAD. Background of Tomoya’s father or Nagisa’s parents, a love lost of Fujibayashi sisters and Tomoyo in contrast of Tomoya and Nagisa, and so on. In the work a desperate reality is seriously dealt with as it is essential to form a fortunate life.